The growing presence of ‘pay on-demand’ services mean employers need to be ready to respond to employees who want to be paid as soon as they earn it.

Is real-time access to wages earned a legitimate employee benefit or a potential financial pitfall for your organisation and its employees?

On-demand pay services are third-party applications offering employers a way to give employees all or part of their pay immediately (‘on demand’) instead of waiting for the standard payday.

There are three main types of pay on demand services available in Australia:

An EY report On-Demand Pay: payroll that works for all (Sept 2020) features research conducted among around 4,000 individuals across UK and US, found that on-demand pay to help individuals cope in situations of financial distress, caused by mismatches in the timing of income and expenses.

The EY report found that 35 percent of individuals fall short on an expense between pay periods and estimates that across OECD countries there is approximately US$1 trillion of accrued salaries earmarked in employers’ treasuries, which is otherwise out of reach for individuals until their contracted pay day.

On demand is out of sight
Earlier in 2021 we surveyed Aurion customers about the impact of on-demand pay services in their organisations. We received 43 responses from 42 employers across government (federal, state and local) and the private sector (aged and community care).

The survey results show that not only are payments in advance of payday only used by a minority of the surveyed employers, but that there is little awareness of the more popular on-demand pay services available in Australia.

The main reason for not allowing early access to pay was organisational policy (68 percent). Of the other reasons mentioned, the common themes were lack of demand (employees have not previously asked) and a preference to avoid exposure to an employee’s personal financial matters for reasons of privacy and risk.

For respondent organisations that do offer early access to pay, the majority (over 95 percent) use Aurion functions to provide early payments when required. Over 70 percent of those indicating that they are happy with the Aurion solution provided.

Indeed, in terms of risk, for an employer to efficiently pay all their staff on-demand, in addition to a payroll system with the capability, they’d still need the cashflow to support it.

Financial wellness
Of the 46.6 percent of respondents whose organisations offer some kind of early access to payments, most offer it only sometimes (for example, in case of severe hardship or emergency). Perhaps it’s not surprising that over 85 percent of respondent organisations provide some sort of financial wellness assistance or support, rather than outright payments on demand.

Aurion’s survey findings suggest that if employees want their pay on demand, they’ll have to pay for the privilege through a third-party service.

Keep up with the latest people and payroll news by following Aurion on LinkedIn or subscribing to our mailing list today. Read on with our blogs 2021’s Hottest Compliance Topics and New Rules For Casual Workers. 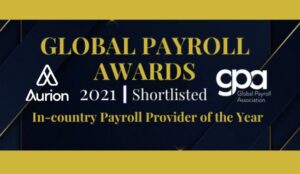 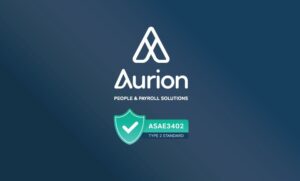 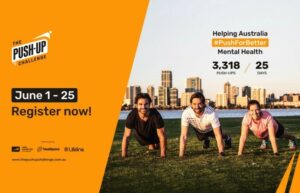 Join our mailing list to be the first to find out about latest trends in payroll, HR, technology and business trends.